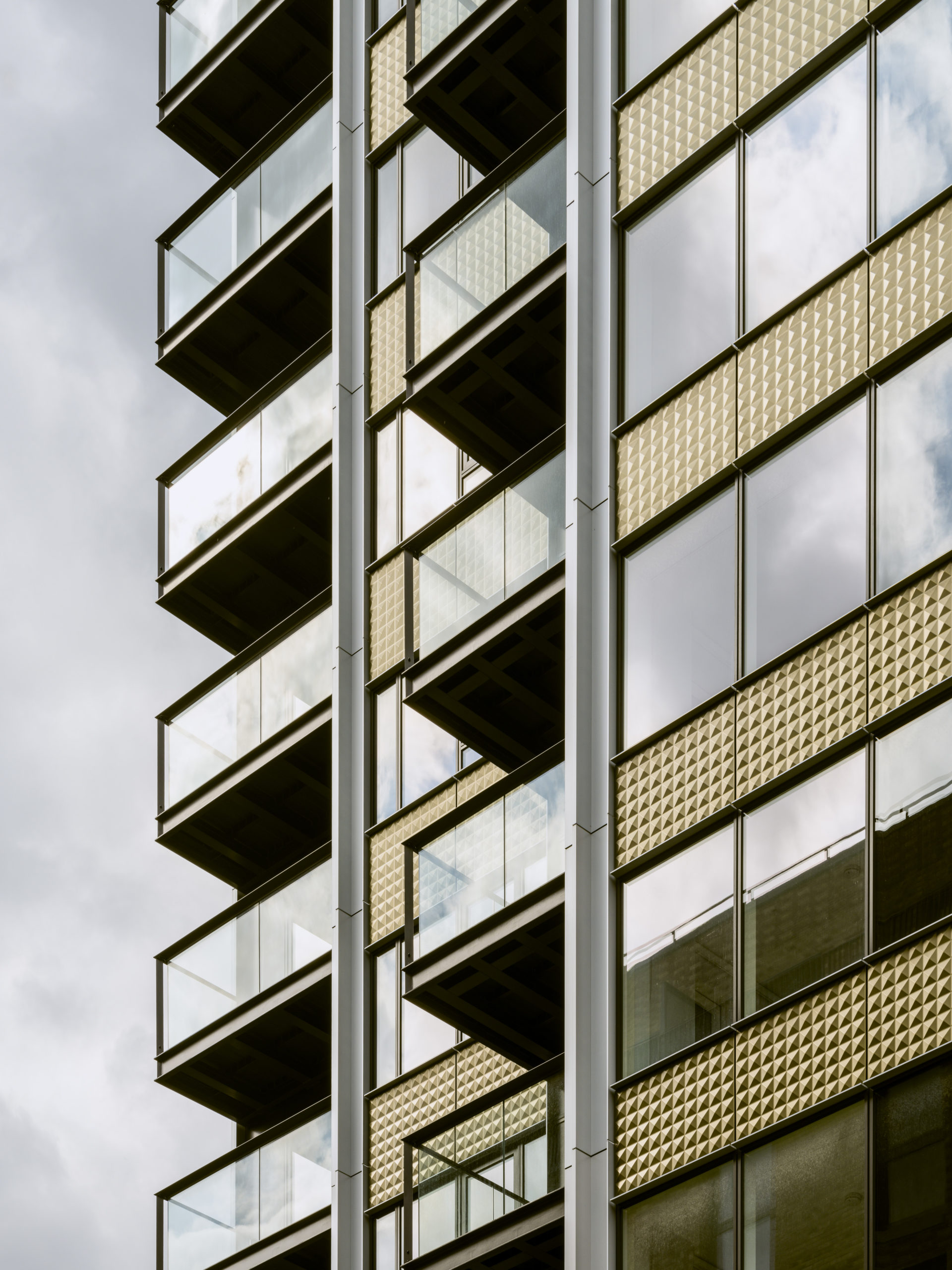 Park Central East is the third phase of Lendlease’s Elephant Park regeneration project, which sits on the site of the former Heygate Estate. The site is located on New Kent Road in Elephant & Castle. Park Central East is a plot that consists of 5 buildings containing 384 homes of a mix of different tenures, linked by a one storey podium containing residential amenity spaces and retail units. Park Central East has a 25-storey tower, which together with the adjoining Park Central North tower also by AHMM will define a gateway into elephant park. The building is to be constructed from Aluminium unitised façade panels. The design of the façade includes deep silver aluminium feature fins creating an overall framework within which will sit indented pyramidal golden aluminium panels which will echo the cladding of the nearby Faraday Memorial. The top of the tower is lightened through the introduction of a crown. The used product 3D plate “Pyramid” was developed together with the renowned architectural office AHMM in London. 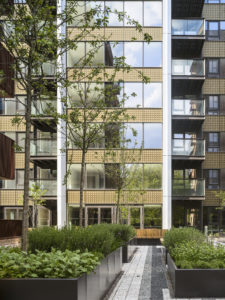 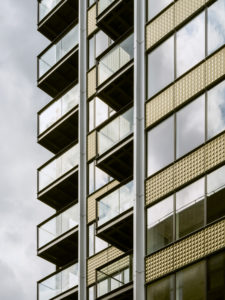 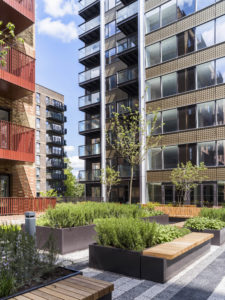 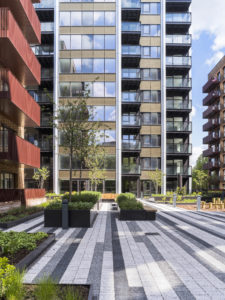