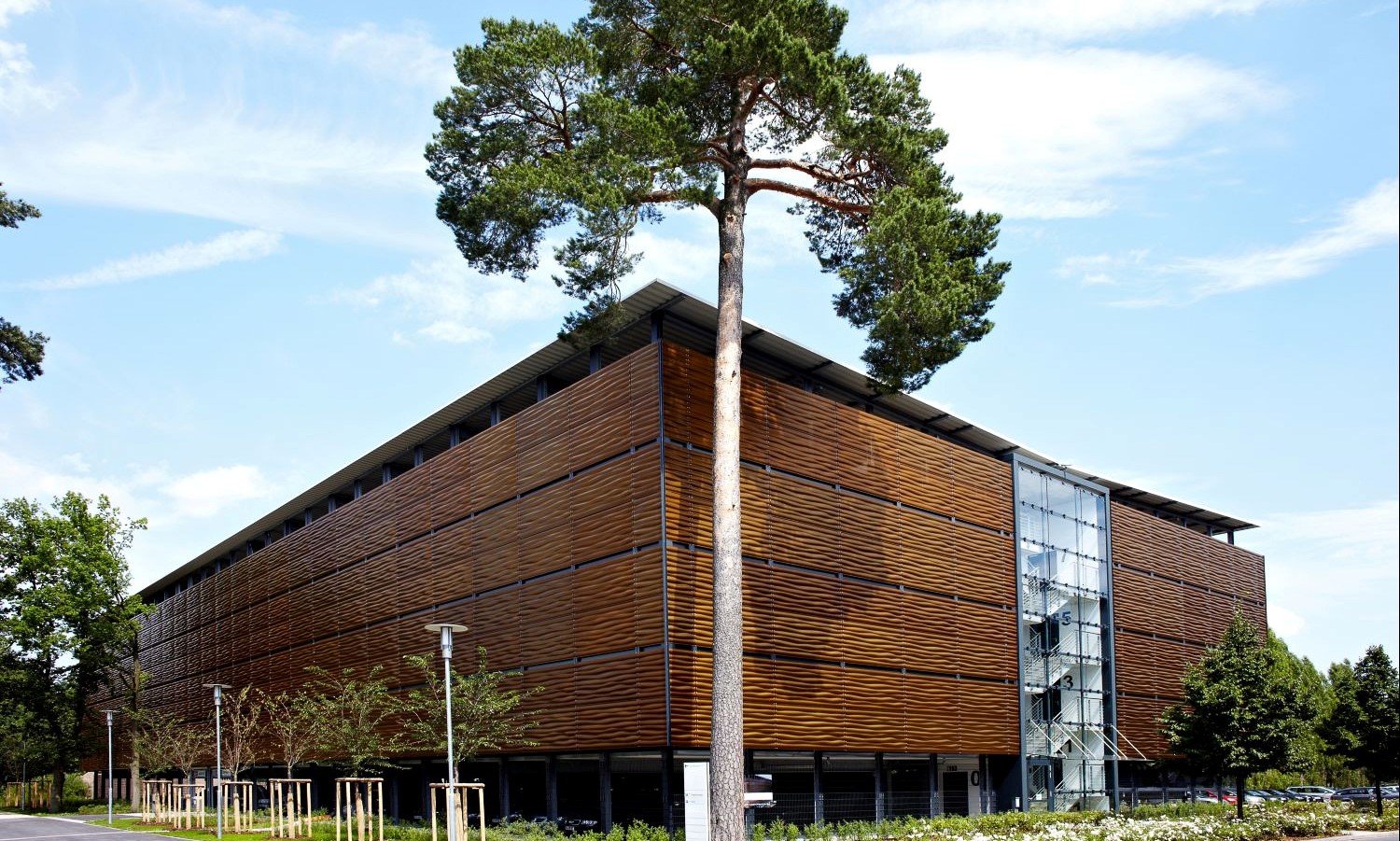 In cooperation with JGT Architects from Nuremberg, a modern, three-dimensional, “curtained” car park facade was developed, which was able to be realized extremely competitively by means of 3D fluid technology. Optimal pre-conditions for translucence, sun protection, anti-glare protection and ventilation were met due to the selection of this hole pattern. The three-dimensional plates, whose undulating geometry continues over and beyond the contact surface areas, encases the building with its flowing facade elements.

The three-dimensional composition of the 3.5 square metre elements reinforces the perforated aluminium panels so powerfully that the sub-structure is reduced to a minimum. The three-dimensional plates were mounted solely onto vertical pillars and can freely span an area of over 2.5 metres, creating an interior space flooded with light. 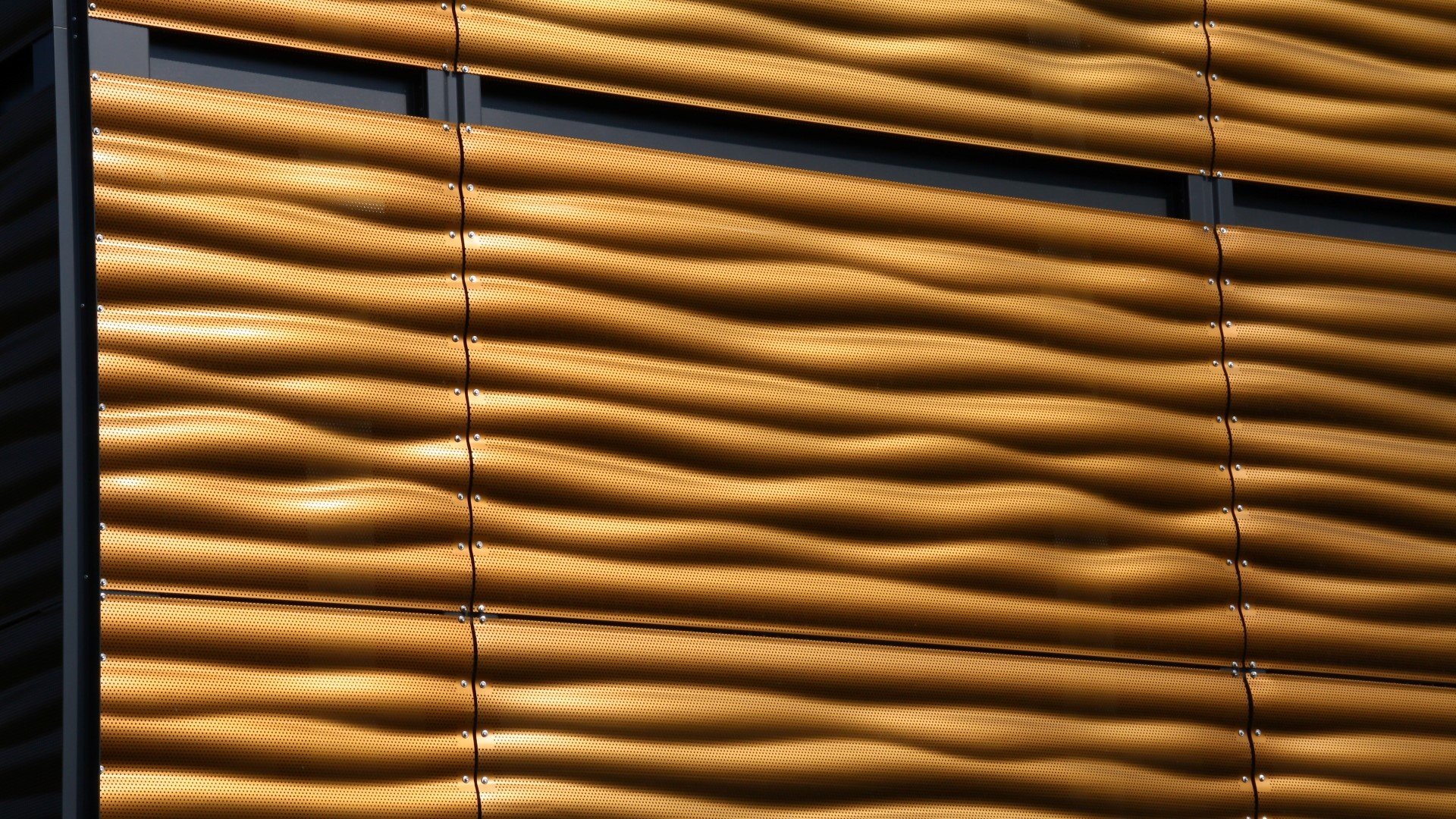 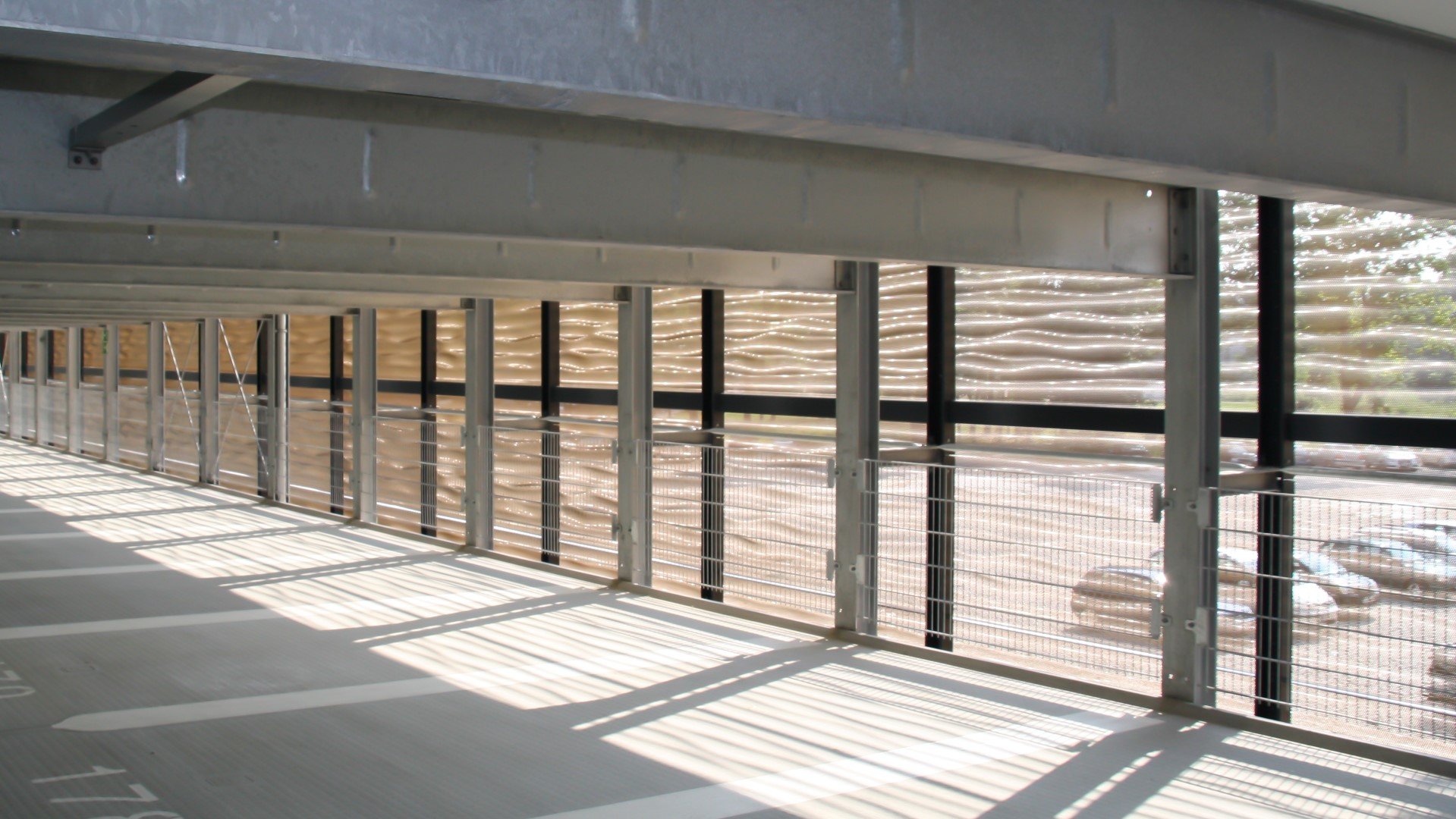 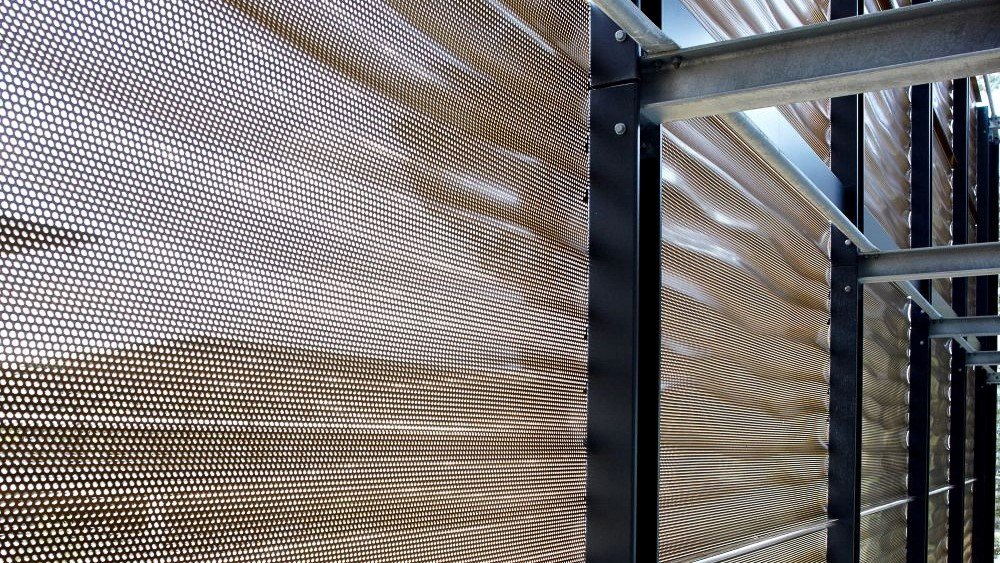 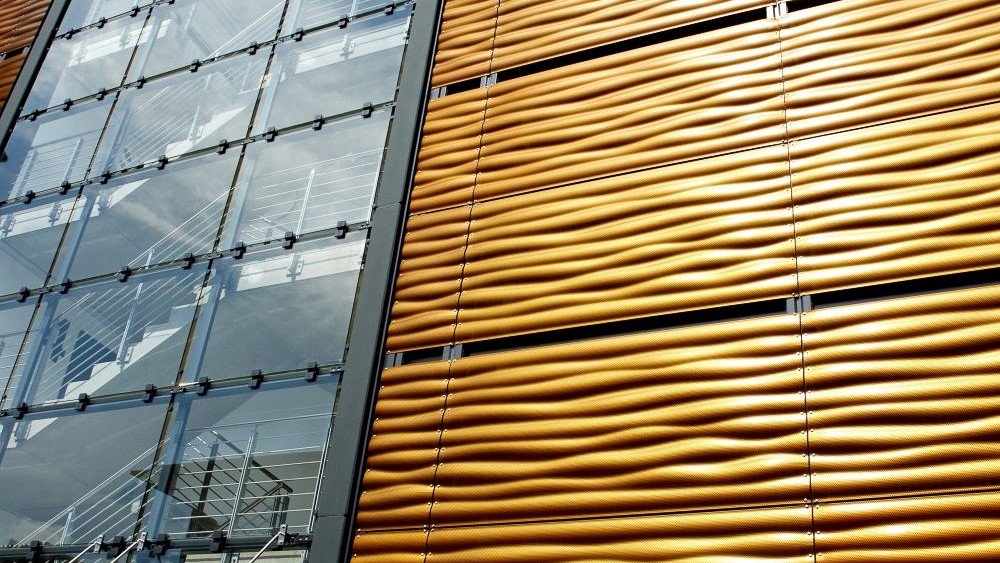 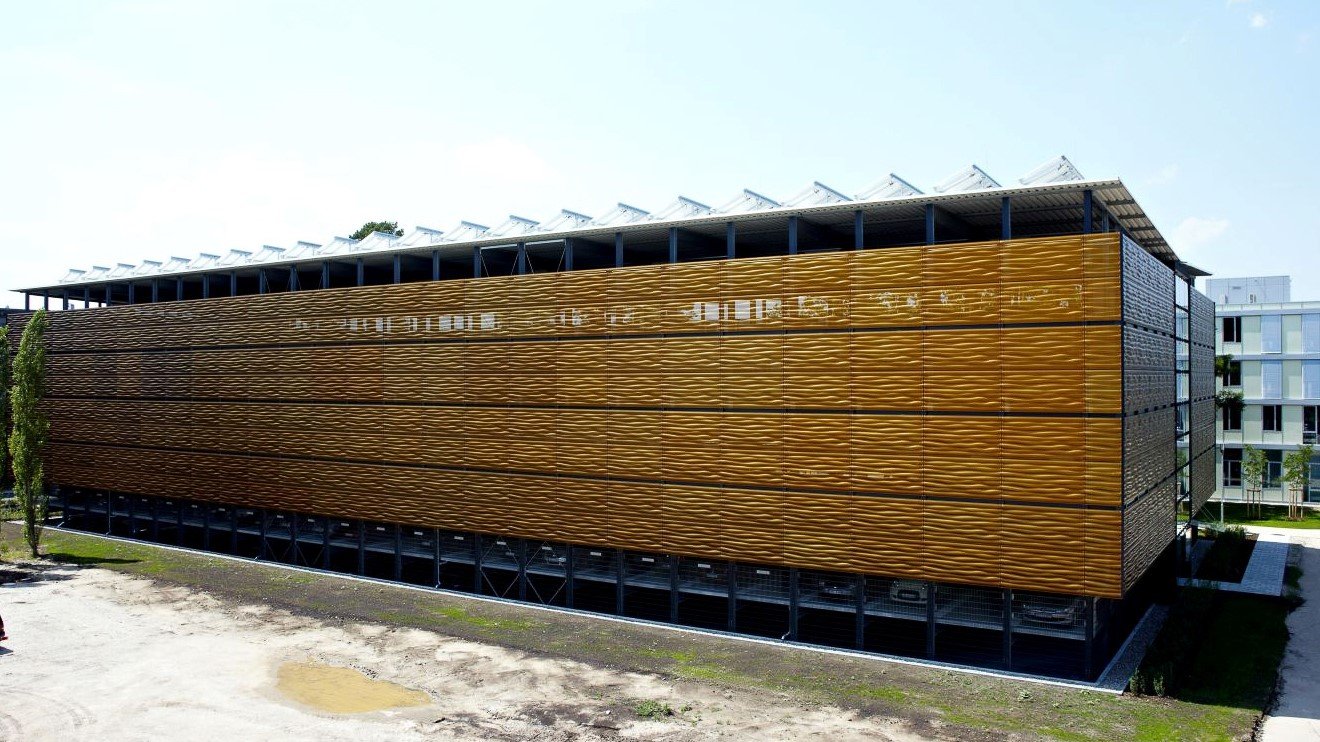 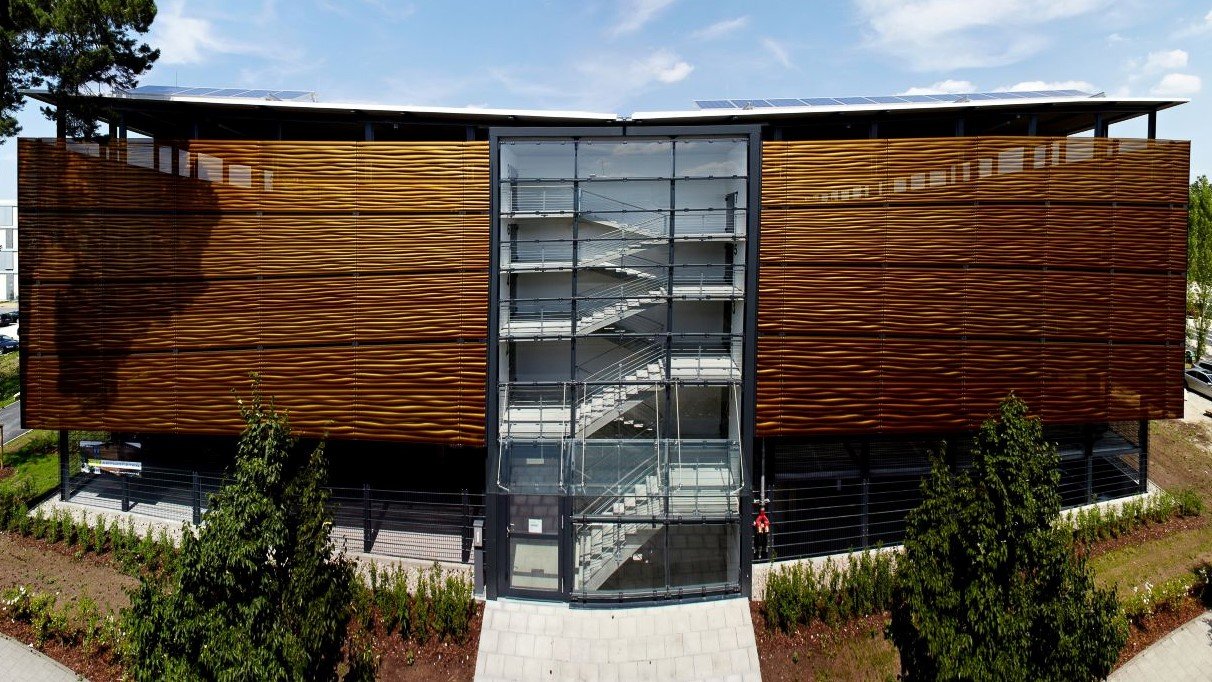 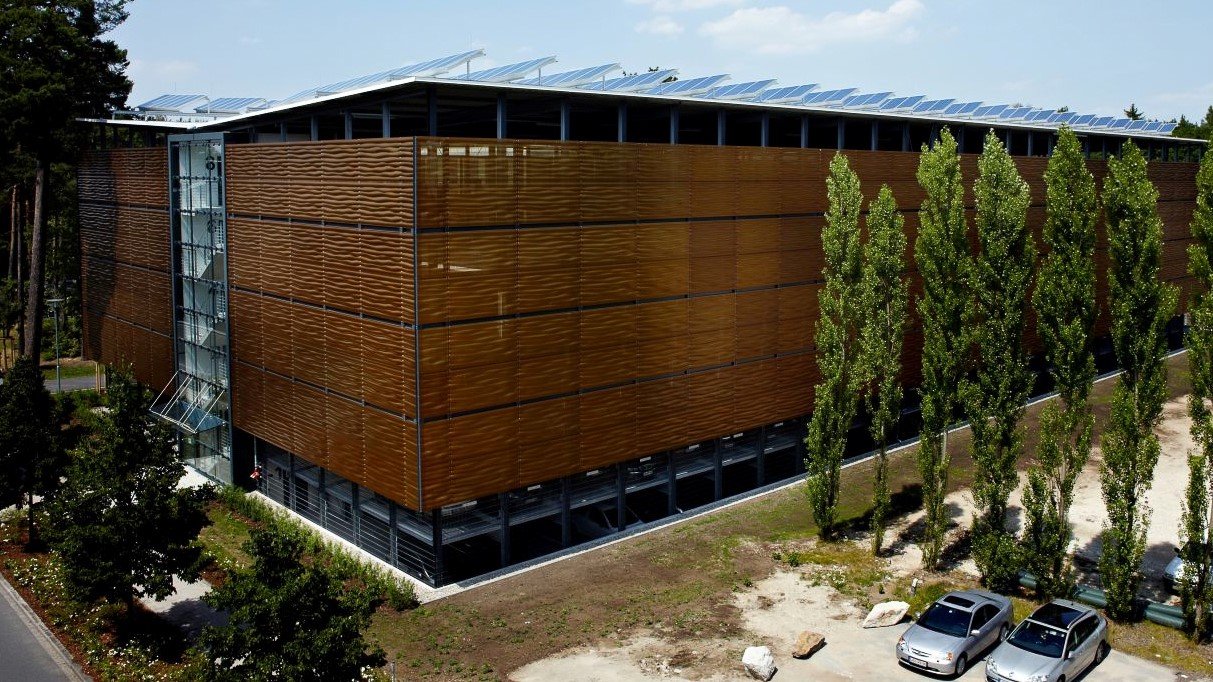